Today turned into being much more valuable scientifically than I thought it was going to and we now have a very happy Dr. Alan Wanamaker (no relation to the retail franchise). Eight of us loaded into the van to take a trip over to an area of many raised shorelines, indicative of the higher sea level stands that have existed over the past ~6,000 years. In checking out the area we were able to follow an ATV trail down to the water and Dr. Wanamaker got weak in the knees (actually he was just bending them to pick up shells but still very happy). On the beach were about 4 distinct piles of shells, loaded specifically with A. Islandica, the species that lies at the heart of Al and Maddie's research. These had not been present the night before when Julie and Mike did their beach profiling so this was a very pleasant surprise gift from Poseidon, washed onshore in the wee hours for us to pilfer. In about 30 minutes we had enough samples for Al and Maddie to be kept busy for a long time back home.
Science Explanation of the Day: Read at your own risk
These clams can live up to 500 years. Accordingly, sclerochronologists (folks who study reconstructing the past using accretionary hard parts: crustaceans, bivalves, corals etc.) have been able to radiocarbon date the hinge and periphery of the clam to verify these ages. Taking it one step further, sclerochronologists have also been to cut the shells and use these radiocarbon ages to prove that the growth layers of these clams are indeed annual. The amazing part is that these growth layers show excellent agreement within the Islandica species in terms of their thicknesses and oxygen isotope contents, i.e. environmental conditions from each year will manifest themselves similarly across the populations. Therefor one can collect many shells and do a process called cross-dating to match records from one shell to another and potentially come up with a longer overlapping record. Ultimately, the hope is that with enough shells we can cross-date far back (thousands of years) all the way up to modern living clams…coming up with a killer record! Then it can be used to make many sweeping breakthroughs in climate science, we all get rich, and buy ourselves vacation homes in the south of France.

Back to the science: we likely picked clams out of these piles that could be 1000 years old (in time, not their lifespan) and almost all had very happy lives in the 100's. This was a treasure trove that is not a normal occurrence . Years past they've been lucky to find random shells scattered across the beach, not gigantic piles. Our other task was to figure out the beach geomorphology dating back to just after the land emerged from the sea following depression from glaciers. These old shorelines are pretty impressive and you can watch the 6,000 year old clam shells fall out of the banks.
Last paragraph, I promise. To top the day off, Thorleif informed us that there would be king crab for dinner. These crabs are actually a voracious invasive species brought in here from the Pacific by Russians. It was just one of those experiments where they brought in some breeders and larvae and they took off. There is underwater footage of these sea bugs just tearing apart anything on the ocean bottom. Accordingly, in many areas of northern Norway there are virtually no regulations on fishing for them. Yum. I love sea bugs. Check out the pics of Thorleif cooking and then dunking the cooked legs in the ocean off the dock.

See the picture timeline of the day below:

Back home from a very productive trip: 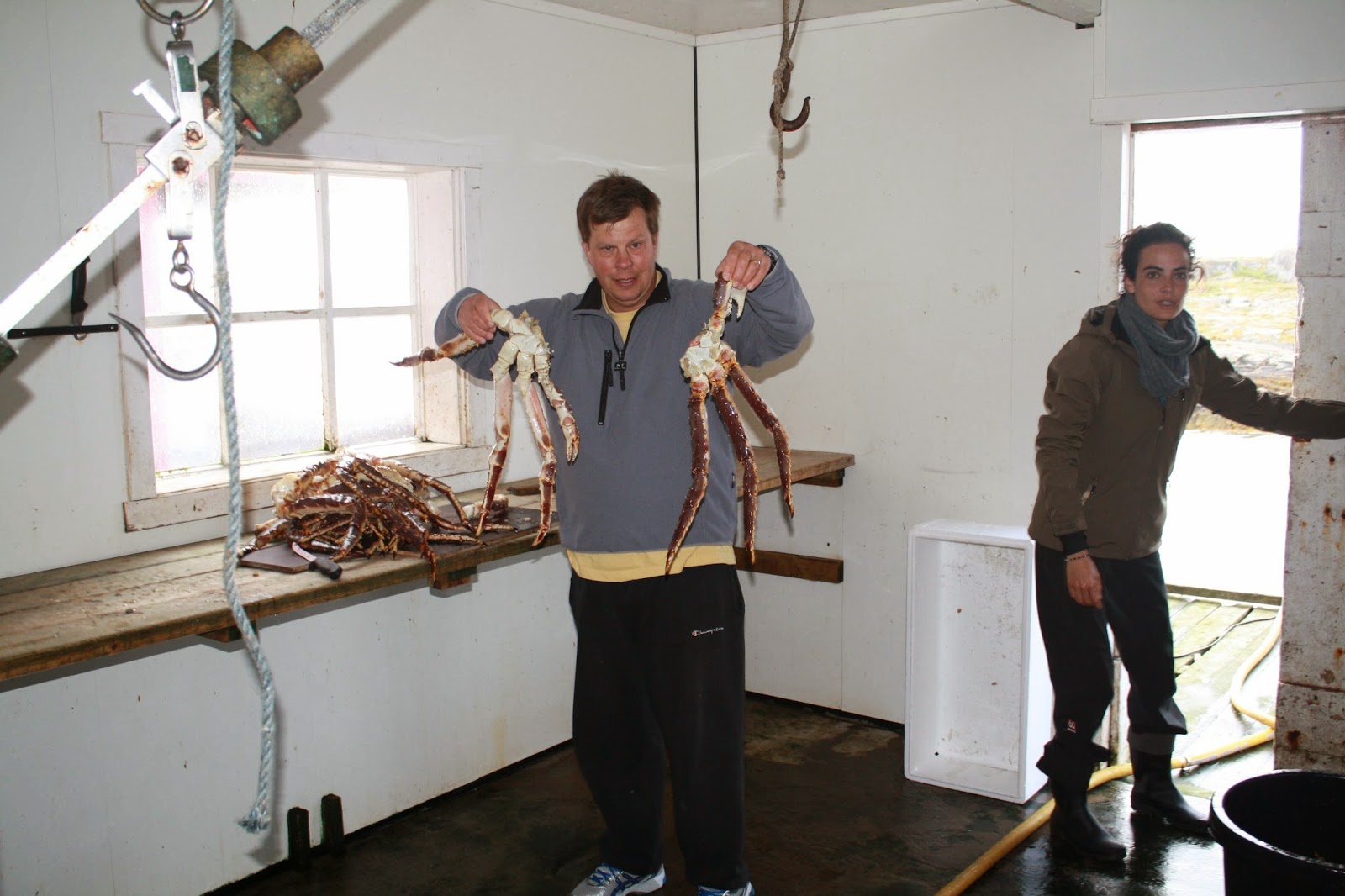 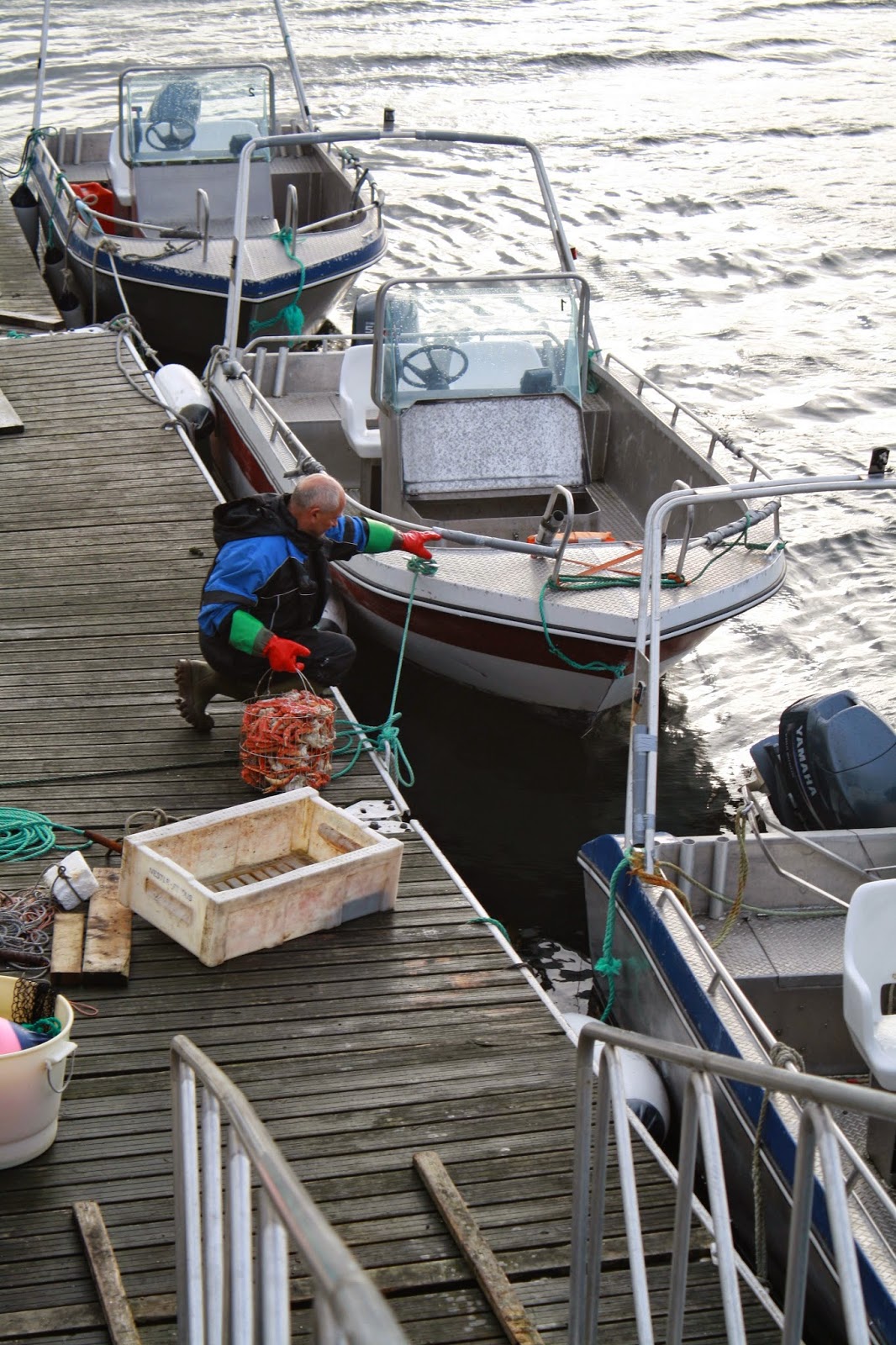 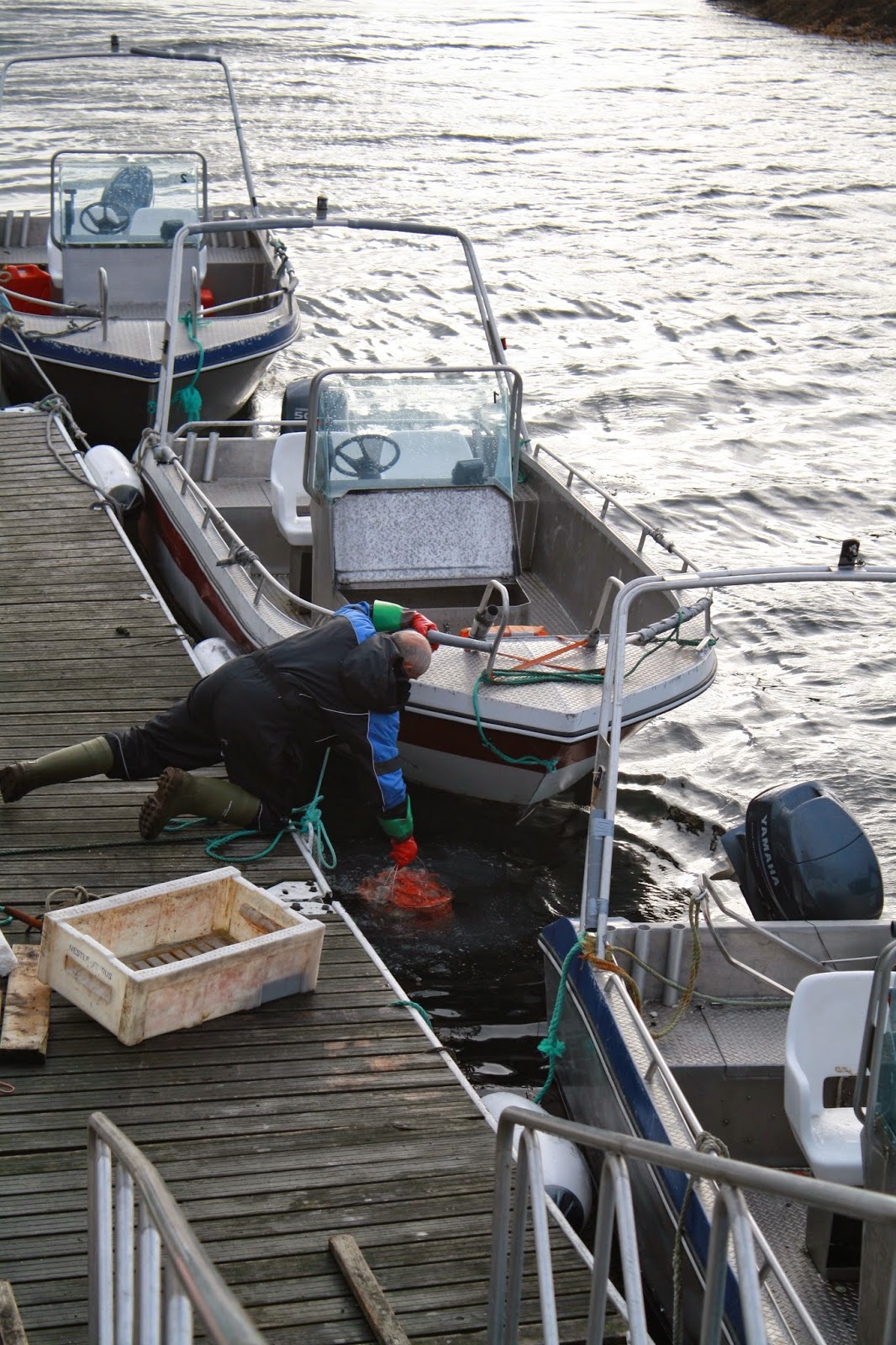 Good night and nice weather for tomorrow...
Posted by Dan Frost at 6:15 PM