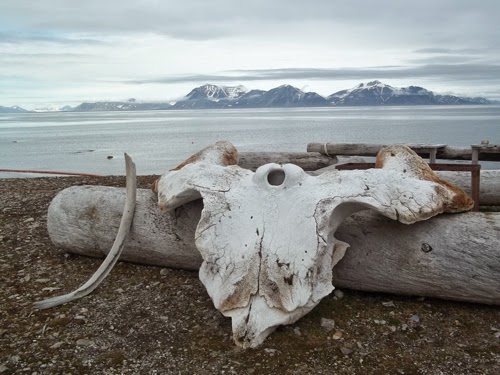 First of all, welcome and I appreciate you checking out this blog. My name is Dan Frost and I am a Math Teacher at Thornton Academy in Saco, ME. If you begin reading this with trepidation and concern that this blog will be filled loads of text and educational information, you are partially correct. However, there will be many other facets to it so I hope that you follow along and enjoy.

Yes, there will be big words like sclerochronology...but there will also be lots of pretty pictures (mostly of deranged scientists and landscapes). See landscape and scientist Mike Retelle in Svalbard below: 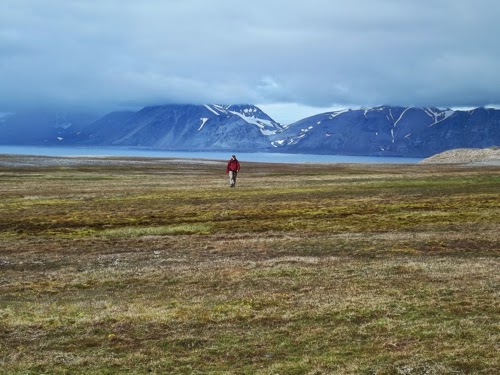 Yes, there will be background information on the science behind reconstructing climate change using clams...but there will also be videos of how to use them in making the best Norwegian clam chowder (watch out New England).

Yes, there will be corny humor...but, well I can’t really help that.

This whole project and the goal of this blog can be best summed up with a what, who, where, when, and why. As a math teacher I like a neat order (like a geometric proof) even if its not the way you’re used to.

Tomorrow I will be joining a team of scientists to head to the Norwegian Arctic in search of reconstructing the climate of the last few millennia, mainly the last 1,000 years. I will serve as a member of the field team, helping wherever I can, but this project and blog are not about me. Moreover I am on this adventure to serve as Outreach Officer, a term I whimsically made up. It is my job to bring the science behind climate change and the beauty and lore of the arctic back home to the classroom and community. You may not care about arctic ground squirrels until you’re holding one hibernating in your hands. See this photo I shot from the University of Alaska Fairbanks Museum of the North of the cutest thing known to man (also very mischievous I hear when awake and near your tent).

You may not be concerned about melting glaciers until you see with your own eyes that some are going extinct as is this at Kapp Linne, Svalbard (the 2013 margin from our field season shows similar retreat): 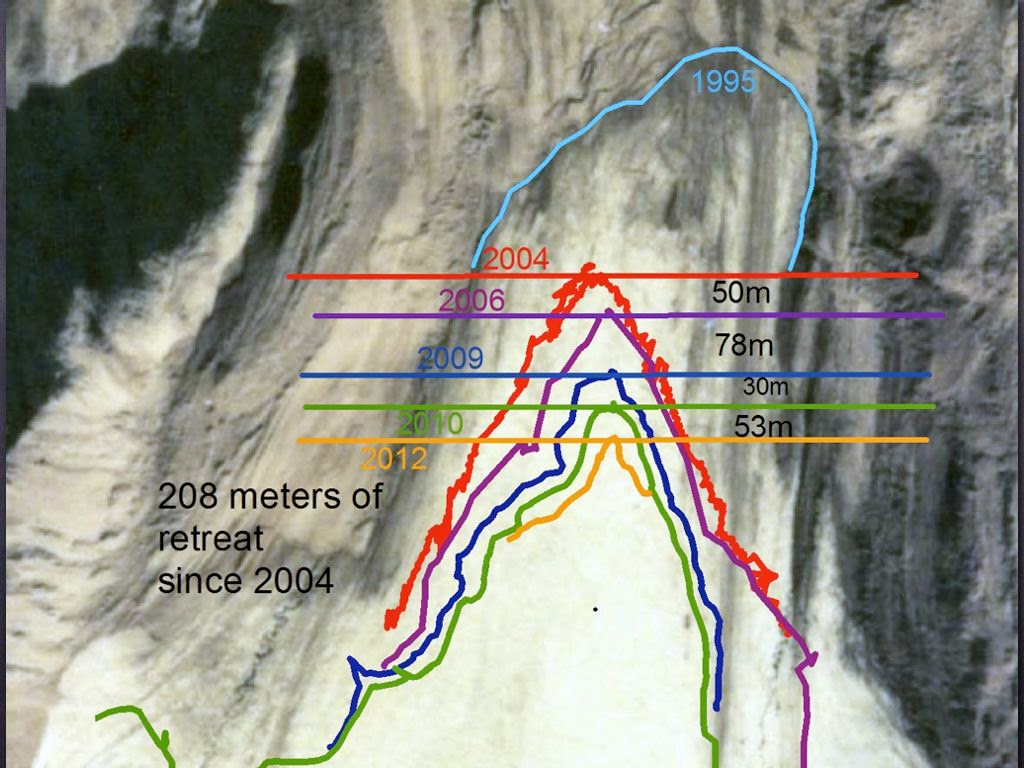 Lest I get too preachy, on to the project. The project consists of using modern and ancient clam shells to figure out what the heck has been going on in our climate for mainly the last 1,000 years. The clams that we will be looking at live for hundreds of years and accrete a new portion of shell every year like tree rings, giving us a very distinct look at each of those years of life over a very long time period. 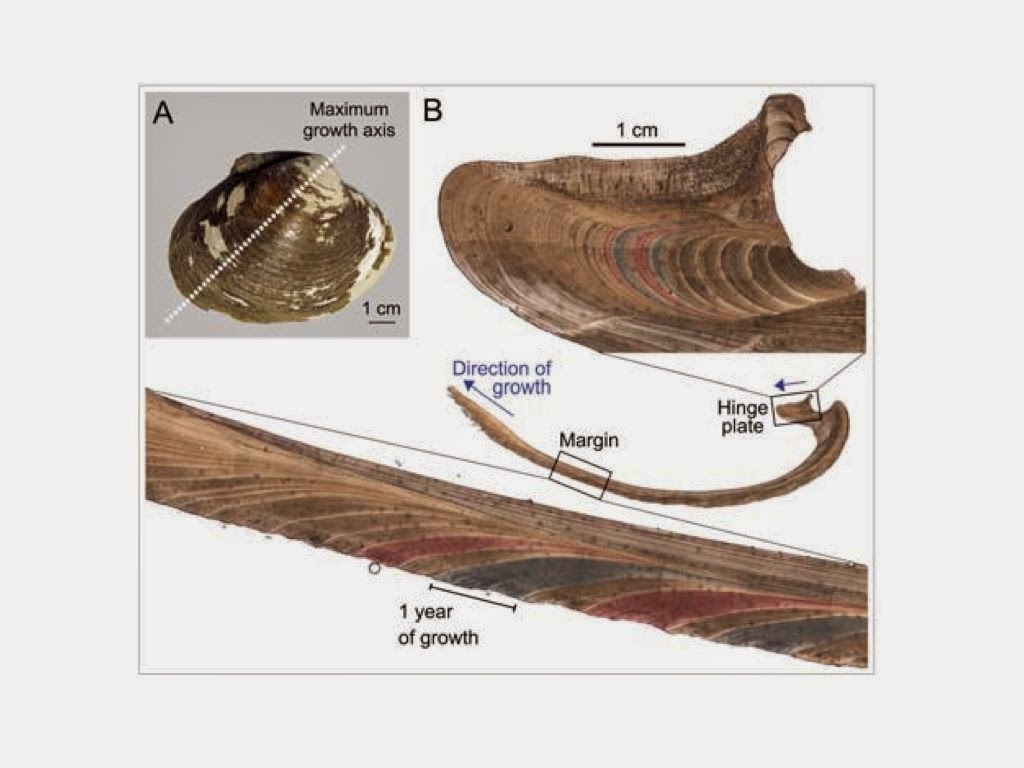 Through experiments and analysis of modern clams (still living) we can link their growth to known modern climate conditions through instrumental records and then work backwards using ancient clams to infer their environmental conditions and thus our past climate. Its kind of like CSI: Norway but more “The Day After Tomorrow” than “DIe Hard.” We will be examining clams on ancient beaches, digging them in the shallows, and also dredging for deep water clams who may show different climate signals than those in other environments.

Being Mr. Frost, it may be kind of cliche but I have somehow found my way to the arctic much of the past 15 years. I have worked field seasons on climate change projects in the Canadian Arctic, Alaska, and Svalbard and look forward to working off the coast of Mainland Norway.

The team consists of numerous scientists and journalists from Europe who I will introduce later but also a number of scientists and professors who are the principle investigators from “the states” (the best part of international travel is getting to say words like...”the states”). 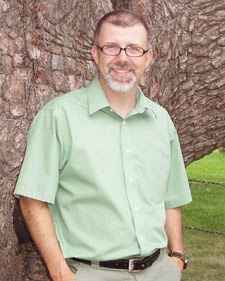 Al Wanamaker: Al is a professor at Iowa State who I look forward to meeting and have heard his work be praised greatly and look forward to annoying with my jokes on unheard ears. 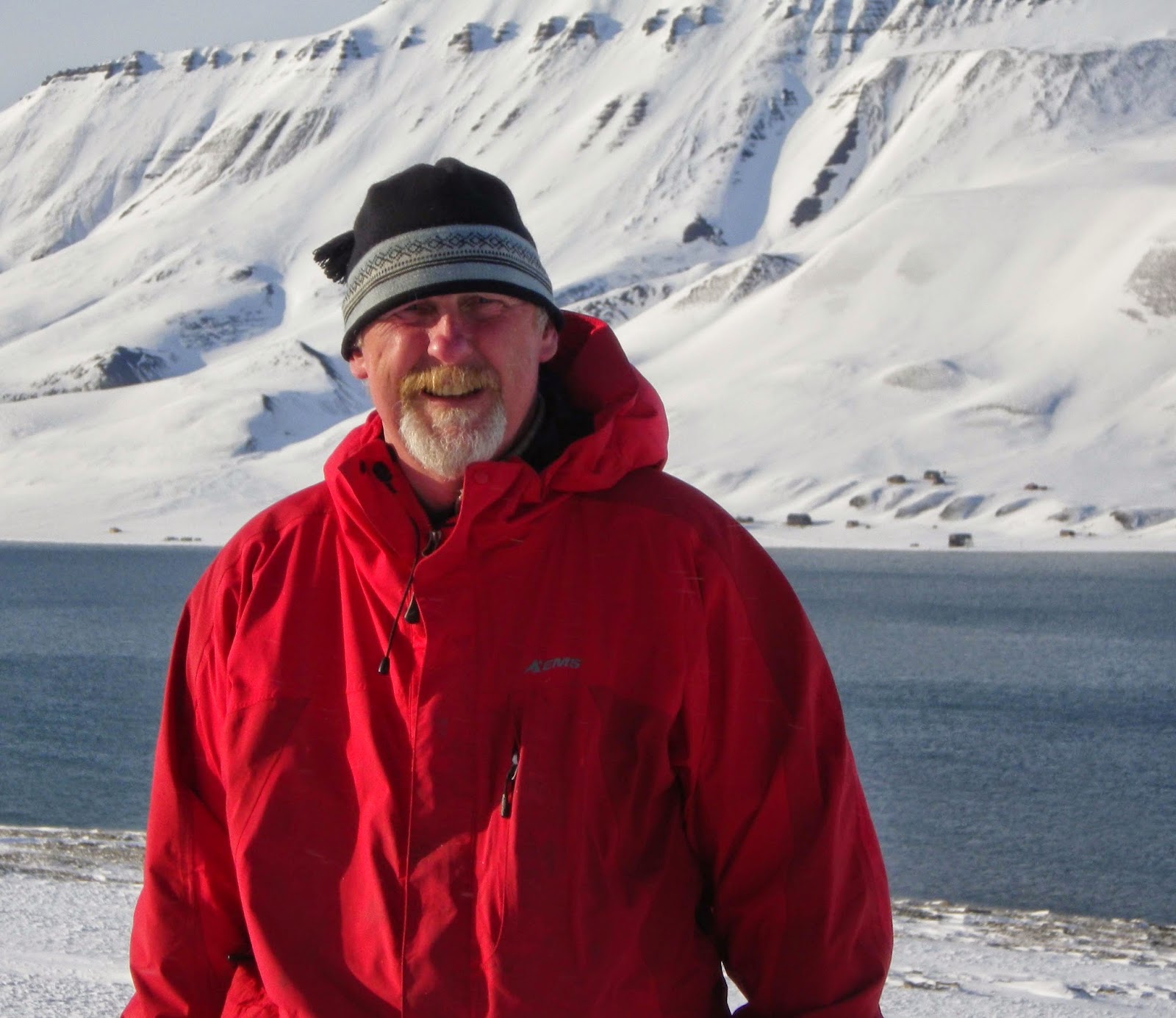 Mike Retelle: Mike is a Geology professor at Bates College and my former advisor and field partner for numerous outings. We’ve shared many comical and harrowing times from catching trout on the rivers of Maine to getting lost in snow storms on the arctic sea ice. 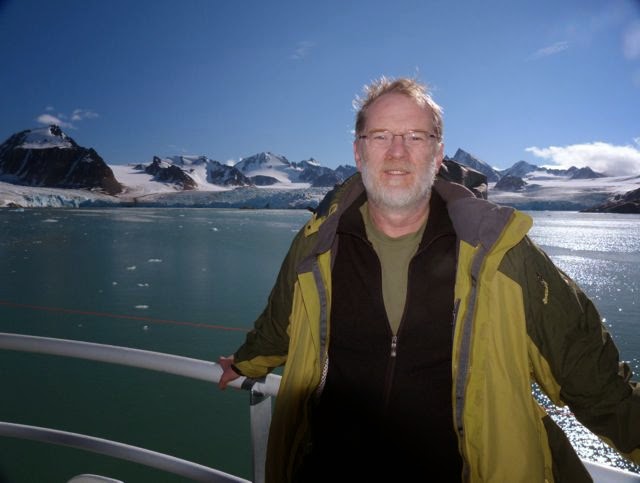 Will Ambrose: Will is also a professor at Bates in the Biology department. We’ve crossed paths in Svalbard before and I have had many friends happily work out of his lab.

The project will be taking place on the northernmost tip of Norway, well into the Arctic circle.

We will be working on the islands of Ingoya and Rolfsoya, which have permanent settlements. It is primarily a fishing village that occasionally caters to demented folk like us who think Maine is too hot.

The climate there is actually not that bad in the summer due to the ever helpful Gulf Stream circulation drawing warm air and water from our friends on Cape Hatteras all the way across the puddle. This is why Iceland is green, Greenland is ice (coolest saying I learned in 6th grade)
When and Why

I group the "when" and "why" together because obviously the "when" is now (bumper sticker or inspirational poster idea?) and so is the "why." We are in a time of unprecedented climate change and it is happening nowhere faster than in the arctic. To understand our contemporary climate we need to be cognoscente of the climate of the “when” thousands of years ago, heck, hundreds of thousands, millions of years ago. Without such perspective we have no hope of putting into context the information we get through  mainstream media whether it is sea level rise or what the “cycles” we hear of actually are. 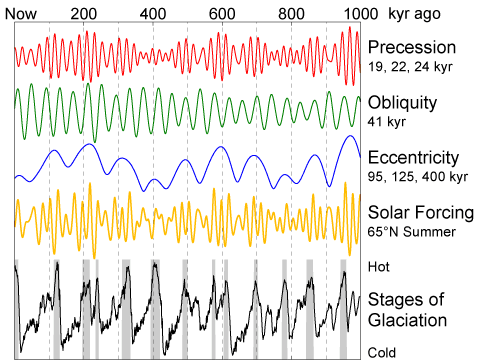 Phew, if you are still reading you’ve got moxie and we’ve got an extra seat on the boat. With that, I really need to think about dusting off the Muck boots and packing. I hope that you follow and please submit any questions you have as I should be able to post and answer them in the blog. Email to: Dan.Frost@thorntonacademy.org

Enjoy these middle days of August and kiddos...I will see you soon.